The Emotional Valence of Strabismus

You may be used to thinking of valence in terms of the chemistry of particles. but the valence we’ll speak of here relates more to brain states – a follow up to consecutive exotropia as a journey to the center of the mind.  As noted in Wikipedia, emotional valence is a term used in psychology to denote different states – positive or negative, associated with different events, objects, or situations.  In consecutive exotropia the brain’s sensory status still reflects the mindset of esotropia even though the misalignment of the eyes is in the direction of exotropia or excessive outward drifting.  This is depicted in John’s case, and as you listen to his description keep in mind that the target he is referring to is one similar to a Worth 4 Dot, viewed red and green glasses.  In this instance the upper red target – a rhombus – is seen only the the right eye, the two green targets are seen only by the left eye, and the bottom white circle can either be fused and seen by both eyes, or seen as two independent circles, one red and one green.  John reports seeing two when he is looking at the target intently, but in unity when he is looking “softer”.  This is normally the mindset that we give a patient with esotropia, and it is a reminder of the emotional valence of strabismus that when John gets into the mindset that is normally associated with moving his eyes outward, his surgically re-arranged eye muscles wind up aligning together better. 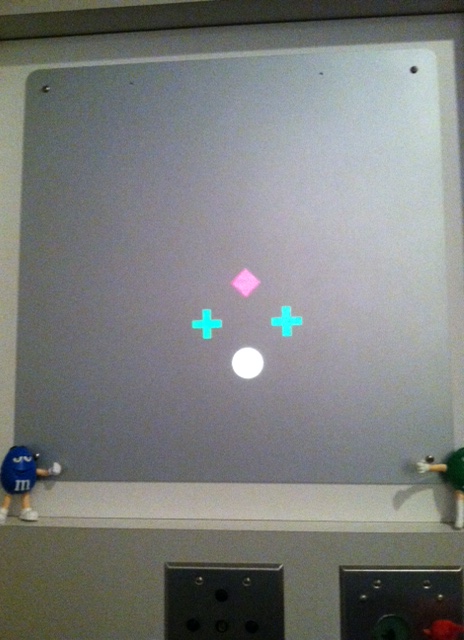 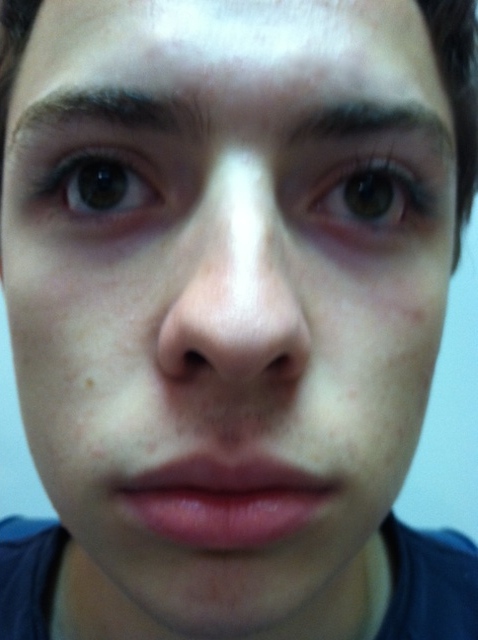 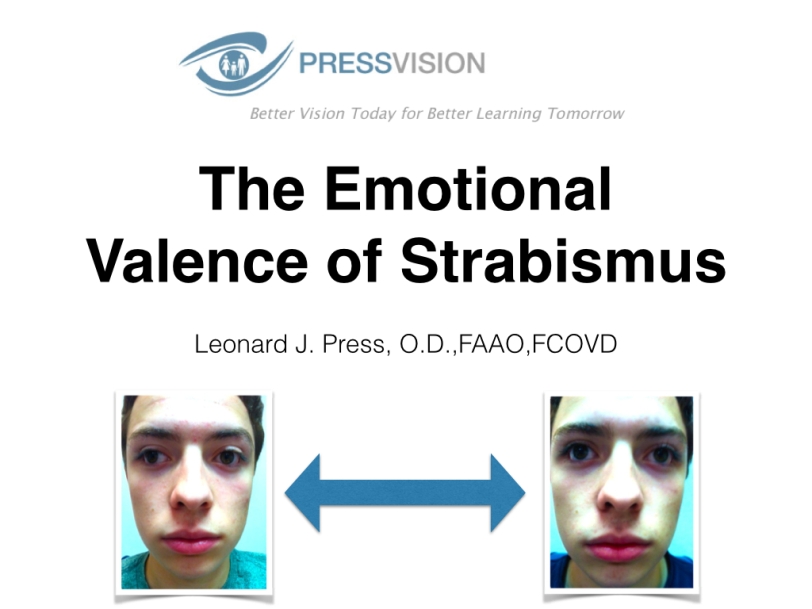 9 thoughts on “The Emotional Valence of Strabismus”