Concussions and Our Kids

We’ve blogged before about Concussions and Kids, and there’s a good NPR interview on the subject with Robert Cantu, M.D. that you can listen to here. 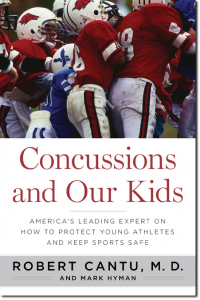 Dr. Cantu does a very nice job of surveying the field in his new book, Concussions and Our Kids.  I enjoyed reading in his book that he acknowledges the significance of eye movement testing, specifically the King-Devick Saccade Test, as a valuable tool in assessing the impact of concussions.  Dr. Cantu is quick to add that no single test can be used as an index for safe function in isolation.  There is some interesting controversy that swirls around the topic of Concussions and Our Kids that you can read about in Slate Magazine.  There seems to be a bit of a backlash occurring now, implying that we’re coddling our kids to much and that having their bell rung isn’t as bad as it’s being made out to be.  That it toughens them up, in a positive way, and if we make sports too passive they’re going to get soft.  Almost like kids having poorer immune systems because we’re hyper-sanitizing their environments.

I was reminded of this earlier today when attending my granddaughter’s basketball game.  There is Kayla, number 12, the tough girl in the middle, a masterful rebounder and demon on defense. 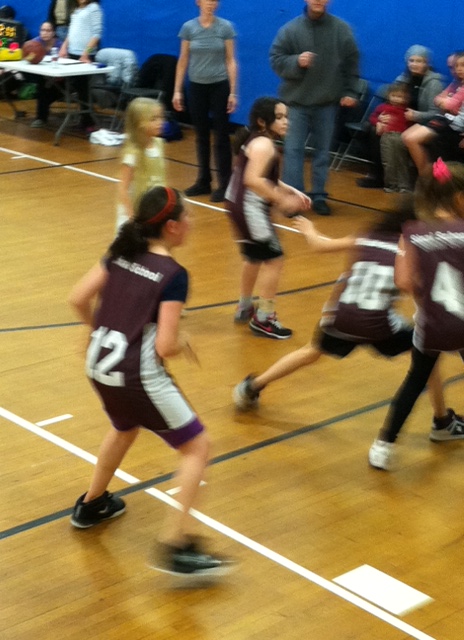 She was hit squarely in the face with an errant pass and came over to the sideline “seeing stars”.  She went over to her bench and sat for two minutes, but it was toward the end of the game in a tight contest and her coach asked her if she felt ready to go back in.  Even girls are “macho” these days, and she said sure and jumped right back into the fray.

After the game we were chatting with our son Elliot, who came to see his niece play ball.  Elliot is a West Point grad who did two tours of duty in Iraq and he knows tough.  He was up from Florida for a visit with the family, and he talked about how our grandson Carson (lower left in the photo) was asking to play tackle football.  It’s something our son is weighing seriously. 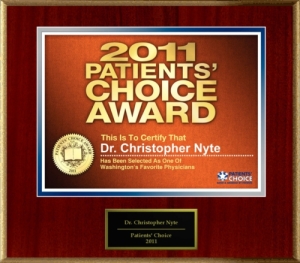 Christopher Nyte is a physician in Issaquah, Washington who received the Patient’s Choice Award in 2011.  His career path was brought about by his failure to succeed in professional football.  Last week the cover of the New York Times Sunday Magazine featured a story about the hard life of an NFL longshot.  This week, Christopher Nyte wrote the following comment:

“I gave up everything for football. By the time I was 23, I had already had four knee operations, multiple broken bones, concussions and many other injuries. During my final professional season, I had the chance to start when the first-team guy went down with a knee injury during practice. That very week I took a misstep off a sidewalk curb and reinjured an already tenuous knee. I was in surgery the next day. My career was over. My inability to make it in pro football was the single greatest failure of my life and the best thing that ever happened to me.’

2 thoughts on “Concussions and Our Kids”