The Pseudo-Question of Inverse Optics

Last year was the 25th anniversary of Steven Pinker’s landmark book titled How the Mind Works. It was a brilliant work, and I wish that he had continued his career path on elaborating the role of vision in the mind, but alas he got caught up in becoming a public intellectual (not that anyone could blame him).

If you’re not familiar with Pinker, his appearance is very distinctive. He was Psychology’s version of Robert Plant, and his lush mane has stayed with him all these years. In this appearance in 1997 at MIT, he is still using overhead transparencies in his talk promoting the book and it seems so amazingly archaic and almost comical to us today for someone to lecture that way.

At the 11:37 mark of the video, Pinker comments: “The computational theory of mind also guides the direct study of the physiology of the brain. An old pseudo-question that you sometimes hear in Introductory Psychology after you show a diagram of the eyeball which shows an image of the world projected onto the retina with an impage upside down … sometimes people wonder: ‘Well if the image on the retina is upside down, does that mean that there is some part of the brain that turns the image around, right side up?’ This is a pseudo-question. There need not be any such process in the brain because whether the retinal ‘image’ is upside-down or right-side up makes no difference as to how the brain processes the information coming from it, and the information is the only property of activity in the brain that is relevant to explaining the mind.” This notion of inverse optics is therefore illusory.

In an 87 page chapter, titled “The Mind’s Eye” (Chapter 4), Pinker dazzles the reader with purposeful illusory properties of the visual system. He is taken by the ’90s craze of autostereograms, popularized by the “Magic Eye” pictures. 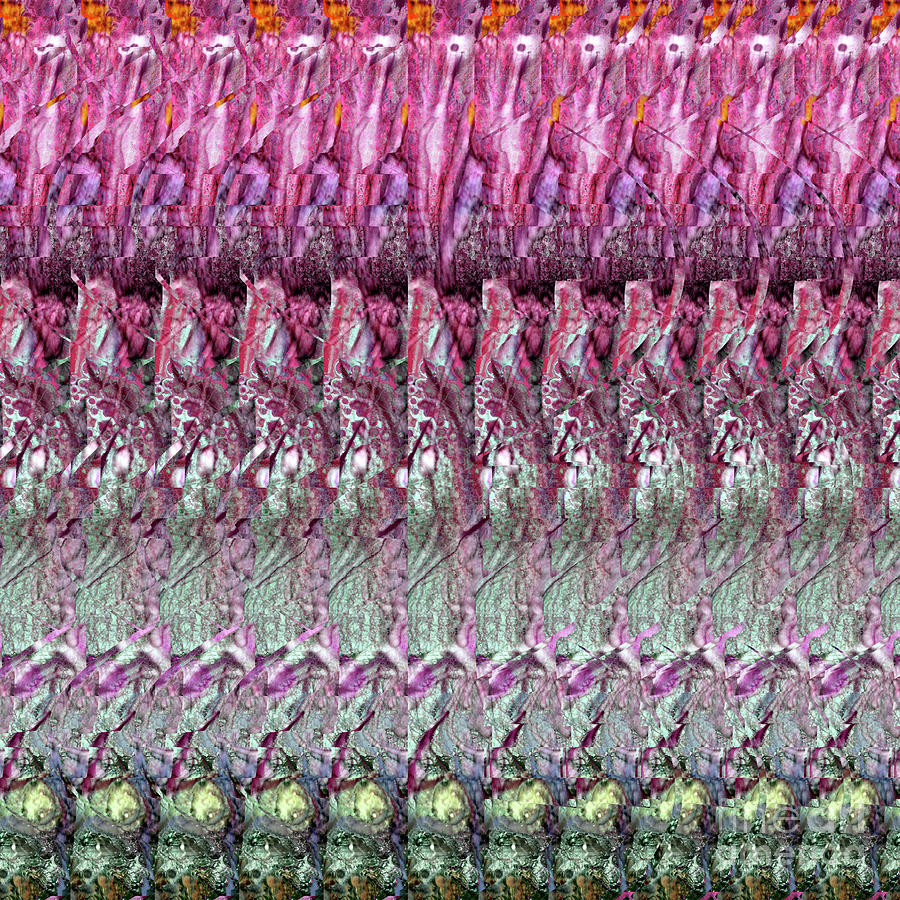 Pinker observes: “In one episode, the comedian Ellen DeGeneres belongs to a reading club that has chosen a stereogram book as its weekly selection. Ashamed that she cannot see the illusions, she sets aside an evening to train herself, without success. In desperation she joins a support group for people who cannot ‘get’ stereogram”.

As am I, Pinker is a big fan of David Marr who authored a book about vision titled Vision: A Computational Investigation into the Human Representation and Processing of Visual Information. Pinker writes: “The grandest vision of vision has come from the late artificial intelligence researcher David Marr. Marr was the first to describe vision as solving ill-posed problems by adding assumptions about the world, and was a forceful defender of the computational theory of the mind. He also offered the clearest statement of what vision is for. Vision, he said, ‘is a process that produces from images of the external world a description that is useful to the viewer and not cluttered with irrelevant information …

… It may seem strange to read that the goal of vision as a ‘description’. After all, we don’t walk around muttering a play-by-play narration of everything we see. But Marr was referring not to a publicly spoken description in English but to an internal, abstract one in mentalese. What does it mean to see the world? We can describe it in words of course, but we can also negotiate it, manipulate it physically and mentally, or file it away in memory for future reference. All these feats depend on construing the world as real things and stuff, not as the psychedelia of the retinal image.”

One of my favorite quotes form Pinker’s book is on page 220 of this chapter, in which he writes: “The brain is an opportunistic and mathematically adroit consumer information, and perhaps that is why its use of one cue, binocular disparity, eluded scientists for so long. Wheatstone proved that the mind turns trigonometry into consciousness when he designed the first fully three-dimensional picture, the stereogram.”

Lastly, Pinker notes that “The Marr-Poggio model captures the flavor of the brain’s computation of stereo vision, but our real circuitry is surely more sophisticated … The brain must be using additional kinds of information to help solve the matchup problem. For one thing, the world is not made up of random dots.”

I cannot emphasize this latter point enough, because some clinicians continue to over-emphasize the significance of the perception of random dot stereopsis. It has become almost the sine qua non of binocular vision screening tool for young children in some circles, when in reality it has nearly no bearing at all on how children function in depth in the real world.

What the RDS does excel in finding is microtropia, but that is a micro-representation of the patients having difficulties that can be attributed to disturbances in binocular vision function. In other words someone who can’t appreciate depth in random dot stereogram targets may have no functional vision problems with activities of daily binocular vision. Conversely, someone might be able to ace RDS testing, yet be significantly impaired in binocular ADLs (activities of daily living) involving spatial judgment related to depth. It borders on the question of inverse optics.

This is why, for example, random dot stereogram targets are comparatively limited as dynamic therapy targets. I recall when first trying to use these targets in vectogram form, how frustrating it was for both the patient and therapist to elicit meaningful ranges of fusion with depth.

Conversely, stimuli as employed by VividVision, Optics Trainer, and VTS-4 make vision therapy not only less boring, but more indicative of what the patient encounters in real binocular space.

For reference, you may wish to revisit a 7 part series we did in 2011 on the dual nature of stereopsis:

The Dual Nature of Stereopsis – Part 1

The Dual Nature of Stereopsis – Part 2

The Dual Nature of Stereopsis – Part 3

The Dual Nature of Stereopsis – Part 4

The Dual Nature of Stereopsis – Part 5

The Dual Nature of Stereopsis – Part 6

The Dual Nature of Stereopsis – Part 7