The Visual Delight of the Bistable Percept

Trompe l’oeil literally means deception of the eye (no political statement intended).  Historically it is an art term applied to the creation of two-dimensional images designed to impart a very realistic three-dimensional feeling.  I’m using deception of the eye here to convey a trick of nature provided by one of the Mandevillas drooping out of one of our planters. 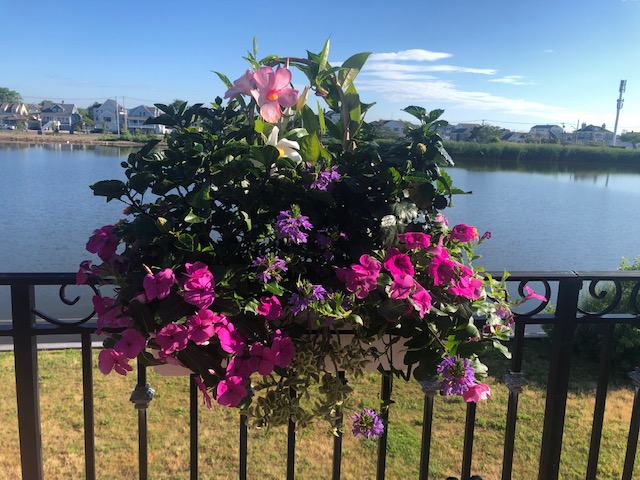 Chances are you’re familiar with one of the more famous bistable percepts or ambiguous illusions, such as All Is Vanity, one of my personal favorites, in which a young woman gazing into a mirror can cognitively flip with a skull. 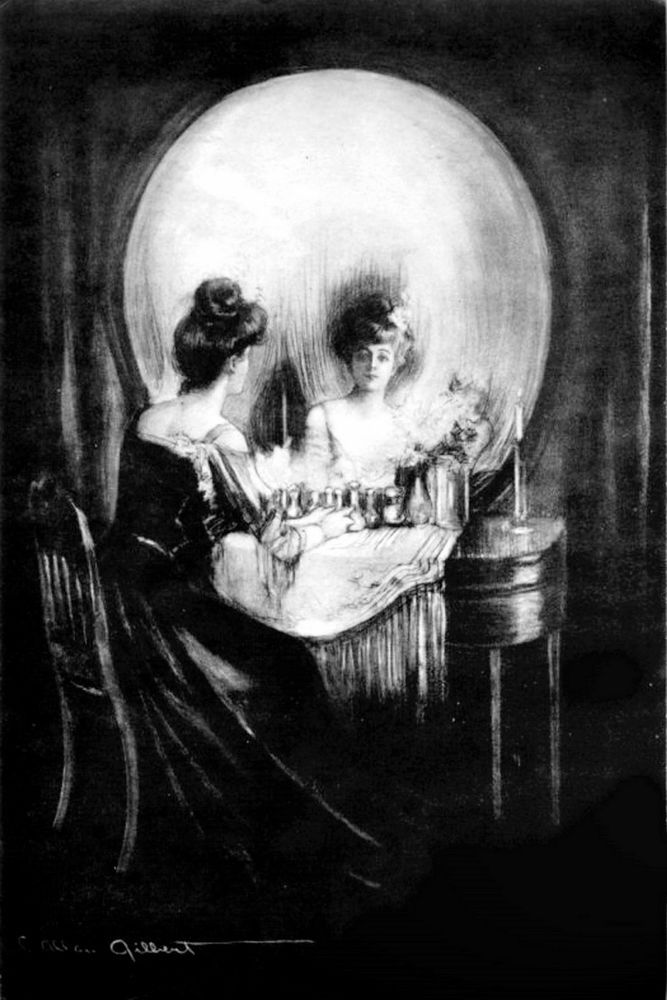 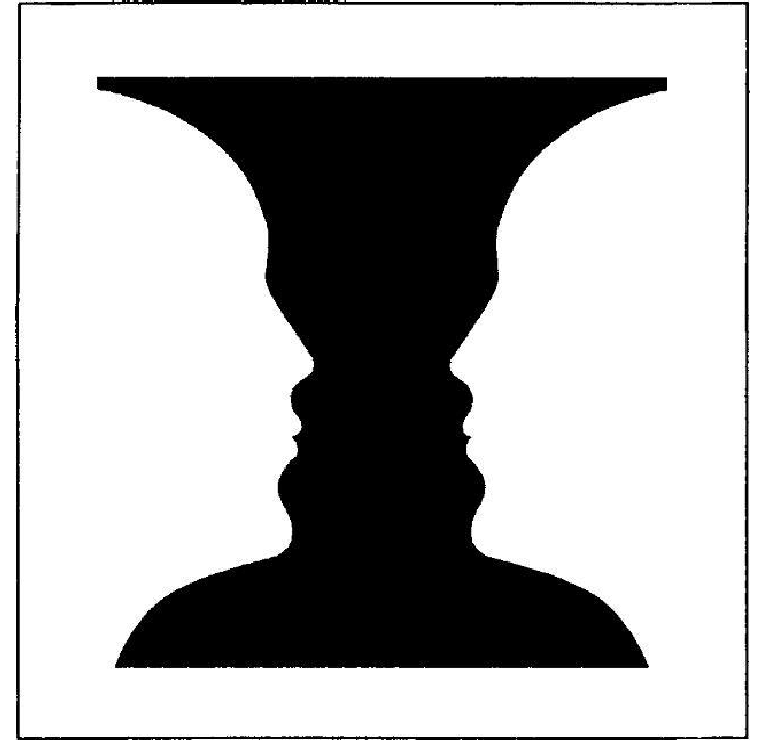 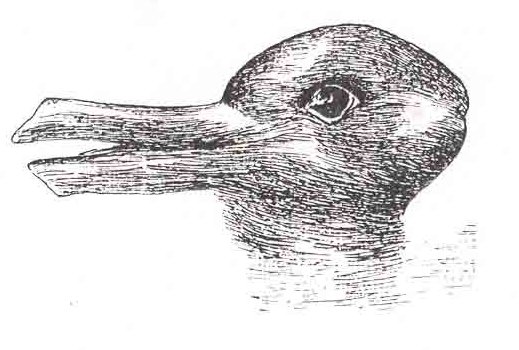 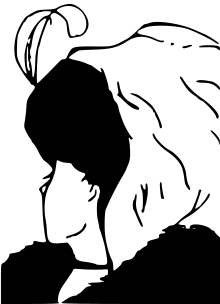 Back to our Mandevilla, captured here through my trusty iPhone camera.  If your cognitive set is that the camera shot is at an angle above the flower, then its center appears to be a yellow dome emerging from a pink center with a little emoji face at its peak. 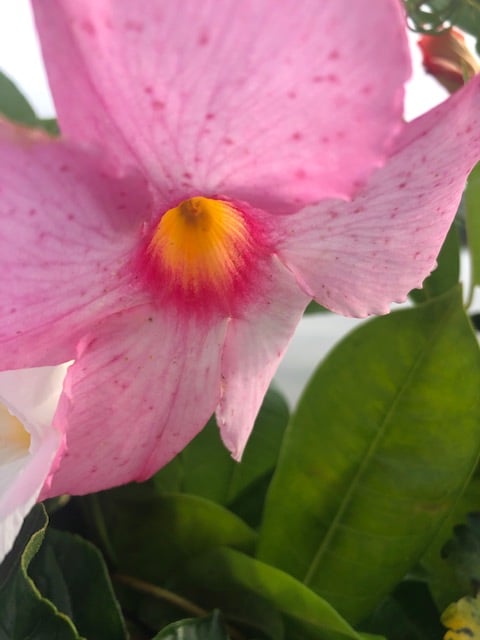 However, the clue that I gave you at the outset was that this was a drooping Mandevilla, and I took the shot from underneath in its natural position.  Even knowing this, you may have trouble visualizing that the center is recessed and that the “emoji” is actually the style head –  part of the Mandevilla’s reproductive system toward the bottom of the little canyon.  In case you’re having trouble doing the visual manipulation to reverse your perception, here is a view of the flower shot at an angle from above: 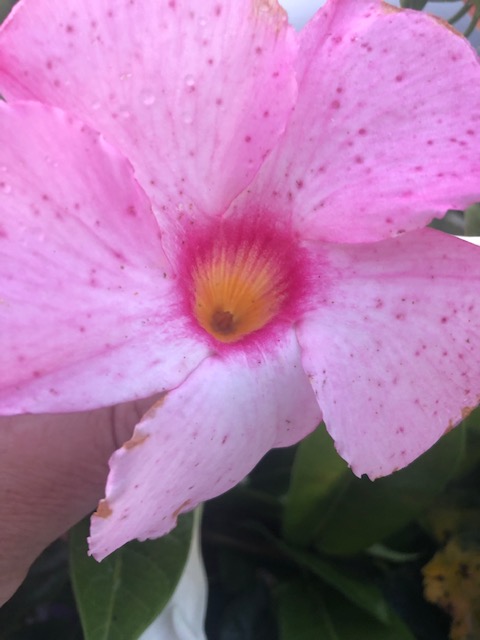 I mention this because I was demonstrating the eccentric circles procedure to someone the other day and working through the three dimensional aspect of the new third set of circles is emerging or receding, depending on whether the patient is in convergent or divergent mode. 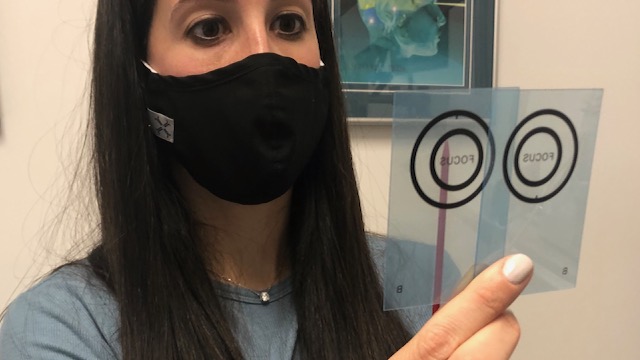 It is worth keeping in mind that some patients will have difficulty making the switch between convergent and divergent depth of the small inner circle relative to the larger outer one without using a pointer in front or behind the plane of regard, in which case the kinesthetic sense is helping the visual system localize where the eyes are aimed. That switch is beyond a mere jump vergence in the isometric muscle sense.  It requires the cognitive flexibility to change the visual percept from emergence to recession and back, rather than just a parlor trick of crossing and uncrossing one’s eyes.  Developing the cognitive flexibility to self-guide perception, particularly when one can control the depth reversal at will without using a pointer, can become a delightful metacognitive experience.

2 thoughts on “The Visual Delight of the Bistable Percept”