Finally got around to the pleasure of watching Dr. Dennis Levi’s thoughtful iHeartVT lecture on Rethinking Amblyopia.

There will be no difficulty in reflecting on this year to realize that we’ve lost much more than 2020, and that is a good way to think about amblyopia.  Although it is still characterized in the public eye as poor vision in one eye, amblyopia reflects much more than a loss of 20/20 visual acuity.  This of course has been known for many years, stipulated very clearly in a book that Levi co-authored with Ciuffreda and Selenow on the subject nearly 30 years ago (1991).  Yet somehow that message has been slow in getting through to eyecare practitioners at large, yet alone the public. 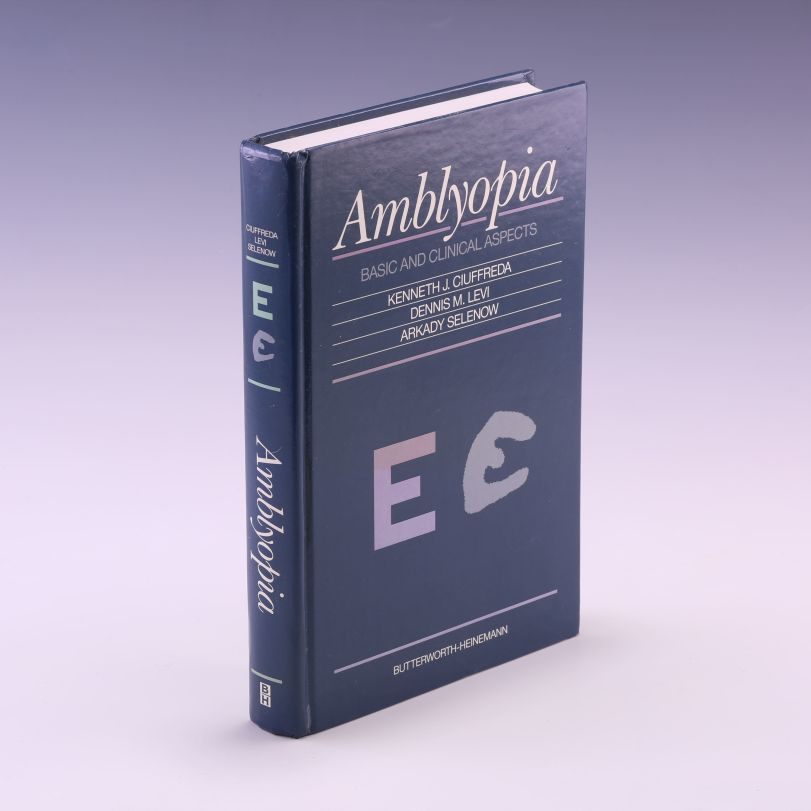 One of Dr. Levi’s slides in his iHeartVT lecture noted that for many years, the mainstay of amblyopia treatment has been occlusion of the better eye, which dates back to Compte de Buffon in 1743.  For a number of reasons, which we’ll get to shortly, occlusion as the primary treatment approach to amblyopia is quite outdated.  It is a curious slide, however, on which Donald Trump makes an appearance modeling a pirate patch.  (Or perhaps something about de Buffon reminded Dennis of Trump, but to see if that’s that case you’ll have to tune in to the lecture.) 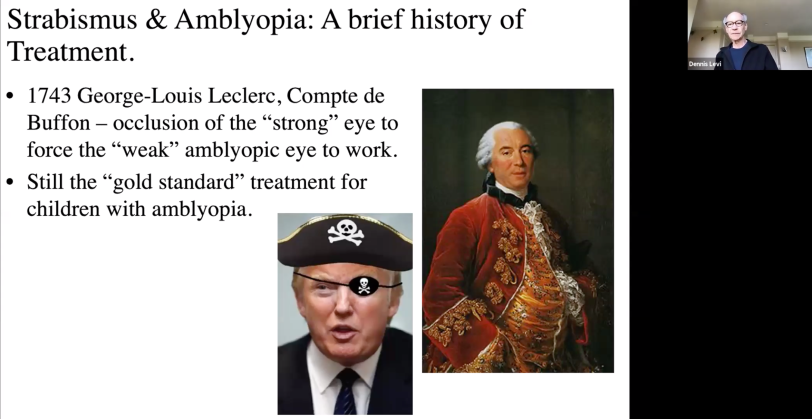 Another point that Dr. Levi makes is that the critical period isn’t so critical, and at best should be termed a sensitive period although in underdeveloped countries congenital cataract is more common which can present more of a true critical period with regard to amblyopia.  But in most cases the potential for improvement in amblyopia exists well beyond the age at which “Entwicklungspotenz” or what we now call neuroplasticity is lost, as originally suggested in this graphic from Bangerter in 1959. 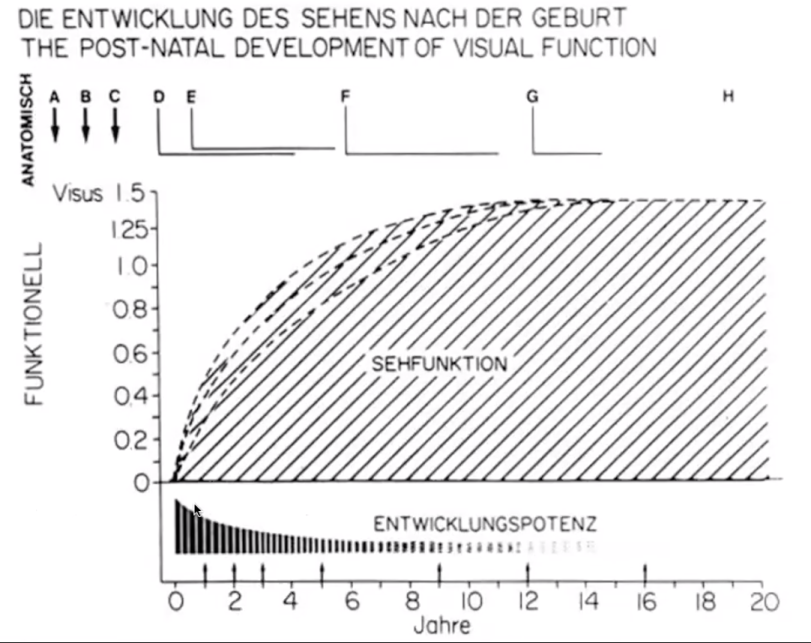 Dr. Levi proceeds to make the point that amblyopia results in abnormal visual-motor behavior, and illustrated this with a brief video clip showing the challenges of trying to do something as basic inserting a peg in a hole when binocular vision is compromised through amblyopia.  As an aside, Agnes Wong and colleagues in Toronto recently did a nice summary on the subject, which you can access through this link on Visuomotor Behaviour in Amblyopia: Deficits and Compensatory Adaptations.  Dr. Levi suggested that reduced or absent stereopsis is one of the most common abnormalities in amblyopia.  In fact, reduction in stereo vision may be the main deficit that amblyopes actually encounter in everyday vision and is more responsible for abnormal visuomotor behavior in amblyopia than strabismus or reduced acuity per se.

Rounding out the importance of of stereo vision, Dr. Levi put up a slide with a quote from “Stereo Sue” Barry, gleaned from a presentation she made in 2007.  I had the pleasure of sharing the podium with Drs. Levi and Barry at that meeting on amblyopia, organized by the New York Academy of Sciences in concert with the James McDonnell collaborative network for Critical Period Re-examination (Brain CPR) titled Critical Periods Revisited: Plasticity of Sensory Systems.

And with that, I’ll leave you in some suspense until we get to Part 2 …