The Back of a Napkin 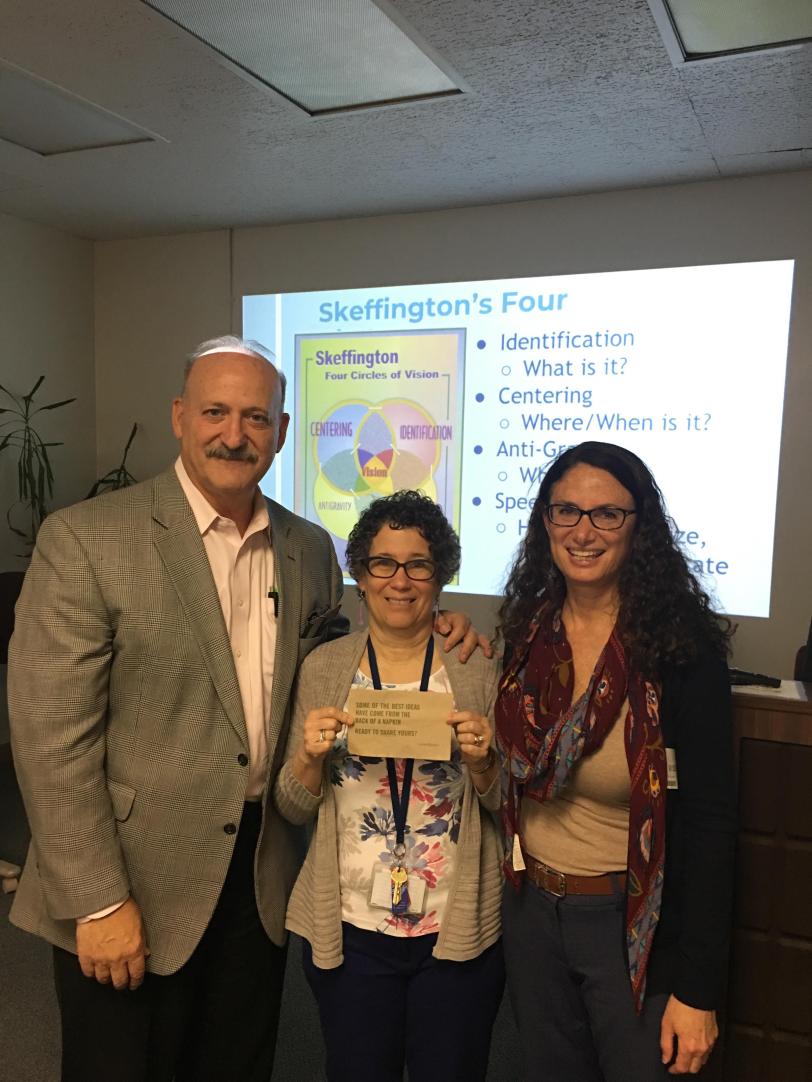 On Friday I had the pleasure of reuniting with Dr. Rochelle Mozlin and Dr. Randy Schulman to present a seminar on Skeffington’s Circles to SUNY Residents, a program that was well received when we presented it at the University in November, 2016.  These “optometric jam sessions” with young colleagues are often mutually rewarding.

As Dr. Mozlin noted, the extent of Dr. Skeffington’s influence has been remarkable, particularly if there is truth to the rumor that his original conceptualization of the four circle interlocking model with vision as the emergent was conceived on the back of a napkin.  Nor is this rumor meant to diminish his accomplishment in any way.  As the message on Dr. Mozlin’s napkin (serendipitously found at lunchtime) reads: “Some of the Best Ideas Have Come From the Back of a Napkin”.  The genesis and genius of ideas conceived and depicted in this manner was the subject of an entire book by Dan Roam. 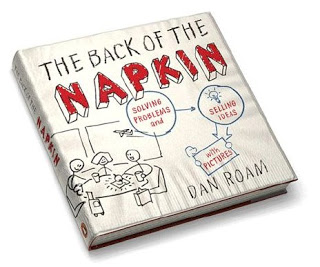 Many optometric sources have pondered the extent and influence of Skeffington’s Circles.  Among the more widely read sources on this subject is a book authored by Dr. Martin Birnbaum, a mentor whom Drs. Mozlin, Schulman and I – among many others at SUNY – shared through the years.  And it is no coincidence that his comprehensive treatise on the behavioral model of vision featuring Skeffington bears the classic four circle/vision emergent model on the cover of his book. 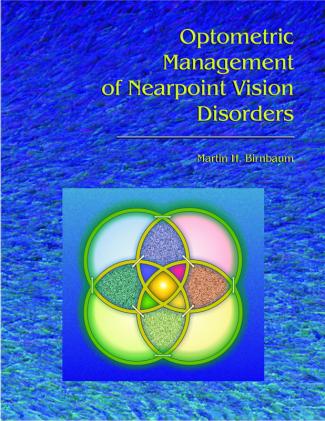 A lesser-known book on Skeffington’s concepts, but one of considerable depth on the subject, was authored by Dr. Earl Schmitt. 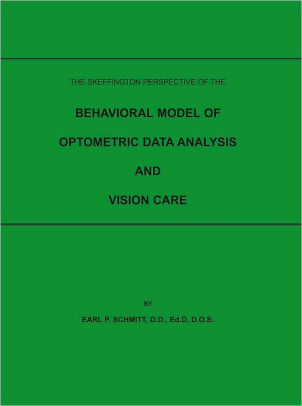 Equally impressive is the extent to which Skeffington’s Circles has influenced professionals outside of Optometry.  This is evident in the work of integrative brain/body practitioners such as Paul & Gail Dennison who partly modeled Edu-Kinesthetics after Skeffington, as detailed in a JBO article by Rentschler in 2005.  More recently, an optometrist from the U.K., Geoff Shayler, has done a marvelous job in connecting Skeffington’s Circles to principles of neuroscience.  Geoff incorporates this in an article in Optometry and Visual Performance, as well as in Optometry Today.

As for my portion of the program in particular, much of my discussion about Skeffington’s Speech-Language Circle was based on a JBO article that I authored in 2012, as well as a monograph published by OEPF.  In that article as well as in the monograph, I noted the influence of Keith Holland, an eminent practitioner in the U.K. who died of cancer at the comparatively young age of 57 in 2014.  In my presentation on Friday I cited a TED-x talk masterfully presented by Keith in Cheltenham in 2012.  I do hope you take the time to watch this thirteen minute video in its entirety, another example of genius in action.