The Mysteries of Medicine

These are the last words in the subtitle of a book authored by Brendan Reilly, M.D., but they are the most powerful and the most telling: The Mysteries of Medicine.

In 1995, Dr. Reilly was appointed to lead the Department of Medicine at Cook County Hospital in Chicago.  The jacket liner notes of the book proudly note that during his thirteen-year tenure there, the Hospital was the inspiration and setting for the hit television series ER. 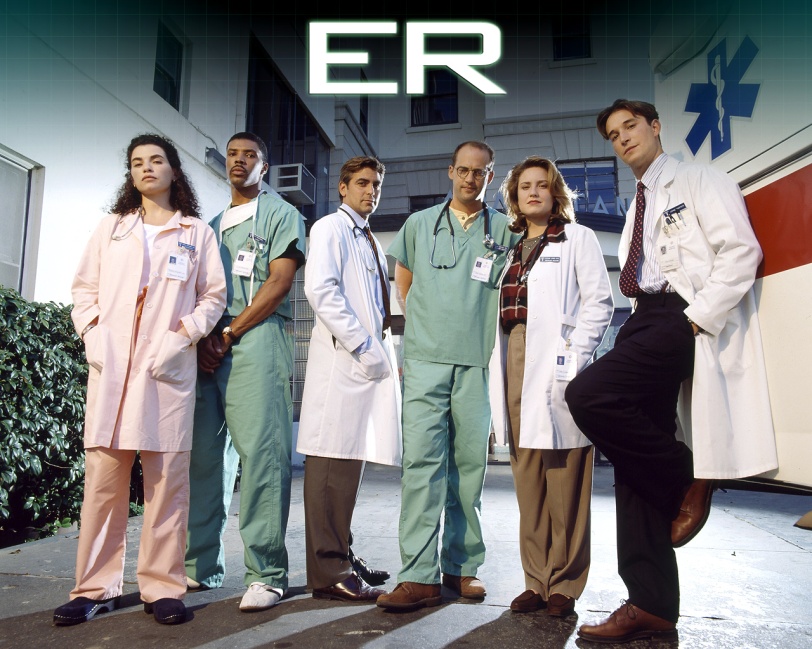 The jacket liner notes also point out that Dr. Reilly was featured at length in Malcolm Gladwell’s best-selling book Blink.  This 3M Health Systems blog piece will give you a nice synopsis of Dr. Reilly’s caution on how to best use data in Medicine.

Dr. Reilly’s writing succeeds because it engages you in his thinking about the mysteries of medicine.  Consider this, regarding step-by-step algorithms for clinical decision making that doctors derisively refer to as cookbook medicine:  “The paradox here is obvious.  We medical doctors acquire medical knowledge and validate it by the scientific method – by hyper-rational, deliberate, reproducible ways of knowing.  And yet, many practicing doctors insist they know what to do for patients based on subconscious intuitions they can’t begin to explain.  They may be right.  I don’t now.  Neither does Malcolm Gladwell or anyone else.  But certainly Gladwell is right when he says we need to learn more about this.  Because there’s a lot riding on these decisions.”

The first clinical vignette that Dr. Reilly shares is about Mr. Warner, a 76 year-old patient admitted to the ED whose verbal abilities are perfectly normal but who is detached from time and place.  He seems distracted, frequently turning his head to the left, and can cooperate just well enough for a bedside cranial nerve examination which appears to be normal.  A subtle but repeatable abnormality is Mr. Warner’s Babinski Reflex.  When stimulating the right foot there is normal toe flexion but when stimulating the left foot his big toe doesn’t curl down but stands straight up. 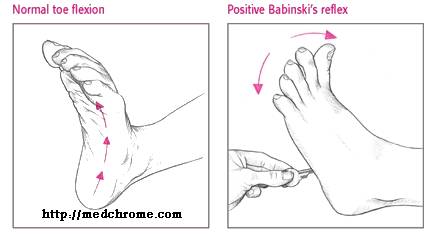 Diagnosing disease has something to do with pattern recognition but if you want to “see smart”, as Dr. Reilly puts it, you must know what you’re looking for.  Seeing the abnormal Babinski Reflex, the doctor does a more sensitive test of neurological control.  He asks Mr. Warner to close his eyes and extend both arms in front of him at shoulder height, palms up, and maintain that elevation.  Although Mr. Warner’s consciousness is drifting, there is no doubt about the result.  The right arm remains elevated at a 90 degree angle above the torso, his palm parallel to the ceiling.  After just a few seconds the left hand begins to pronate, its palm turning slowly toward the right. then his entire left arm slowly begins to drift downward.  This pronator drift means that he does indeed have relative motor weakness on the left side of the body. 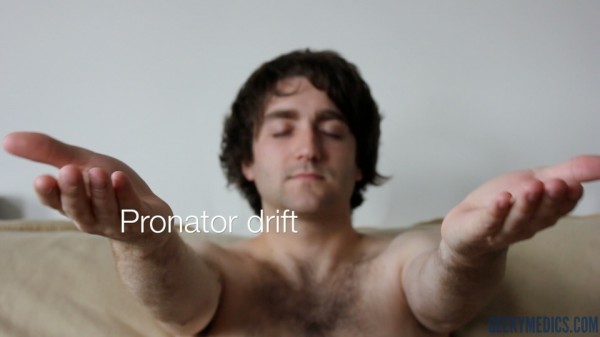 Knowing this, the doctor puts his face directly in front of the patient’s face and says: “Look me straight in the eyes”. With his right hand Dr. Reilly feigns a punch to Mr. Warner’s left side of the face.  Mr. Warner doesn’t even blink.   When he makes the same threatening move to the right side of the face with his left hand, Mr. Warner flinches, defensively pulling his head back to protect himself.  Dr. Reilly notes: “Now I know why Mr. Warner tends to turn his head to the left.  It’s not that he sees something there that distracts him.  In fact, it’s just the opposite.  He can’t see anything in his left visual field.  He is half blind and he doesn’t know it.  By turning his head to the left, he is subconsciously using his intact right field to see more of what’s in front of him.”

Given the negative scans conducted just a few hours before his bedside exam, Dr. Reilly concluded that Mr. Warner had suffered a significant stroke within the last 24 hours.  An embolus was blocking blood flow to the right side of the brain, resulting in the patient’s left homonymous hemianopia.  The patient was sweating out a fever and although the doctor initially working up the case attributed the cardiac sounds to irregularities of a 76 year-old’s heart beat, Dr. Reilly began to visualize a pattern.  Normally stroke teams would administer clot busting drugs but in this case, if Reilly’s hunch was right, the drugs would have killed the patient  That’s because the overall pattern was suggestive of endocarditis in which the clot is a vegetation, throwing off lethal Staph bacteria and requiring broader spectrum antibiotics than what Mr. Warner was initially given.

There is much more intrigue to Mr. Warner’s clinical story, but you’ll have to read the book to appreciate it in full detail, wrapped in Dr. Reilly’s gifted prose.

2 thoughts on “The Mysteries of Medicine”