Advocacy for Vision Therapy: How to Cross the Finish Line

News came this morning that legendary folksinger Pete Seeger died at the age of 94.  I was vaguely aware of Pete’s legacy, in the genre of Peter, Paul and Mary and other activists of the ’50s and ’60s who moved the political landscape.  Political leanings aside, this morning I received an email that moved me.  In part it read:
“When I was 8 years old, we went to a small Pete Seeger concert.  Pete put all the kids on stage which was mostly me, my siblings, and cousins.  He turned away from the audience and sang Abi Yo Yo directly to us.  I’ll never forget it – a song about an outcast.”
I’ll confess.  I had never heard of Abi Yo Yo, but when this advocate speaks to me, I listen very carefully.  So I YouTubed  Abi Yo Yo (we have such wonderful site verbs these days), and its tale of courage and resourcefulness speaks for itself.
There is a palpable feel in the air now of individuals who are standing on the shoulders of advocates such as Marjie Thompson, who spearheaded PAVE: Parents Active in Vision Education.  As the name implies, they are activists in the finest tradition.  But why is activism needed in the first place?   As the person who emailed me this morning observed, it requires courage to publicly challenge the dogma of a powerful, self-serving establishment.  There is now an impressive cadre of bloggers spearheading advocacy for vision therapy in the mold of Marjie Thompson and Sue Barry, ranging from “Strabby” to “Jillian’s Story” to  “Cavin Bounce” to “Living With Diplopia” to  “Vision Therapy Parents Unite”, just to name a few.

This morning I received a letter from our good colleague at the Southern College of Optometry, Dr. Marc Taub.  The letter invited me to donate to an organization known as SAVE – School Advocates for Vision & Education.  It is a very worthy organization representing advocacy for needy children in Pre-K through 8th grade in the Memphis Metropolitan area who would otherwise go without needed identification and treatment of vision disorders, and I encourage you to visit their site and consider donating.  Individuals like Helen Spencer about whom I’ve blogged, follow in a tradition of advocacy.

Last night I met with a mother who had been in with her husband previously for a parent conference, but wanted to come back and review my recommendations for vision therapy for their daughter.  What she didn’t say was that the primary purpose of this meeting was to enable her parents to review my recommendations.  These were not just any grandparents, but two attorneys who were very interested and actively involved in their granddaughter’s development.  Advocates, or even activists you might say.  They sought a second opinion from a pediatric ophthalmologist who told them that their granddaughter had no visual problems.  As mother put it, he said: “Look, she does everything fine with both eyes.  As long as you can get to the finish line, there’s nothing to worry about.”
As we reviewed my findings, I asked mom if the pediatric ophthalmologist did anything like the tests we did through the stereoscope objectively documenting partial suppression of the left eye.  Or the infrared sensor eye movement recordings we did objectively documenting eye movement patterns while reading.  “No”, she replied.  “The only test he did that was similar to yours was the one where we had the 3D glasses on and lshe ooked at which dots were raised in the booklet.”  And?  What did he find?  “That she could see what she needed to see; only that it took her a lot longer to figure out the answers”. I asked her what the pediatric ophthalmologist suggested they do, and she said:  “Only that we get her a tutor and spend more time and energy on educational support rather than vision therapy.  But we’ve done that already, and she’s still struggling.” 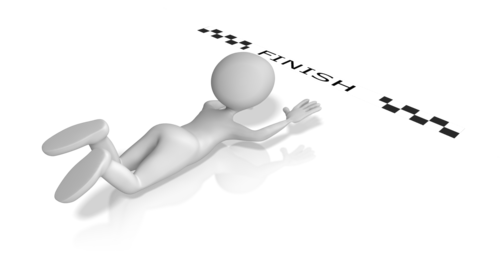 Mom’s mother related that she was an educator before she became an attorney.  She knew something was wrong because her granddaughter had an easier time trying to read when the print was enlarged despite having normal acuity.  For children of good intellect, who grasp things well by ear, it isn’t good enough getting to the finish line crawling on your hands and knees due to inadequate visual efficiency or processing.  Vision advocacy in the mold of Pete Seeger is changing all that.  On his way out, mom’s dad said to me: “And by the way, the pediatric ophthalmologist isn’t an unreasonable guy.  He said he was very interested in the outcome of our granddaughter’s vision therapy.”  I asked the family if there were any other questions I could answer for them.  “Yes”, mom replied.  “When can we begin?”