Wendy Part 1: The Woman Who Saw Too Much

Wendy is a patient who first came to see me two years ago with a history of having a low amount of yoked prism incorporated into her lens prescription.  She was having visual discomfort, and after my evaluation we decided to add a small amount of vertical prism difference between her two eyes.  While still preserving the yoked prism effect, we simply made the prism value one prism diopter greater in one eye than the other eye.  She was pleased with the visual results, and agreed that it would be important to return in one year for follow-up.  Yesterday Wendy entered my exam room somewhat sheepishly, indicating that she had decided to go to an ophthalmologist “in her plan”.  She sensed that she was in the wrong place when the doctor advised her that he saw nothing wrong with her eyes, and that if she had an eye muscle imbalance he could refer her to the strabismus surgeon in their practice for a consult.  Yet Wendy knew that something was changing. 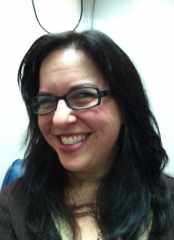 It was surprising at times for Wendy to notice in a mirror that  her hair had fallen over the right side of her glasses, blocking the vision in that eye.  She had learned to feel more comfortable when chatting with people if she rotated her head rightward, leading with her left eye.  “I have actually taken on a rather coy personality to go along with my head posture”, she noted.  While curious about her need to do this, even somewhat intrigued by it, Wendy was more concerned about what was happening while driving.  She found herself in a sense being aware of too much information in her visual field at one time.  As I listened to Wendy describe the near accidents she almost had, feeling distracted by what was going on in her periphery …. well, let Wendy describe it to you in her own words:

Wendy is describing a phenomenon known to developmental and behavioral optometrists as panoramic viewing.  The term is used to describe a situation in which one eye is concentrating more on the central visual field, or what is relatively straight ahead, while the other eye is simultaneously aware of what is occurring more peripherally. 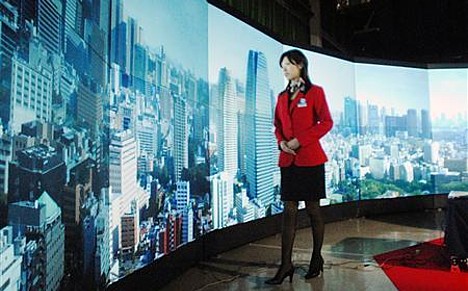 It has been suggested that a panoramic view can confer the advantage of being aware of motion detection to a wider extent in one’s peripheral vision.  While this can extend the useful field of view it can, for patients such as Wendy, be distracting and even distressing while driving — a form of visual sensory overload.  Although Wendy acknowledged, after reviewing her situation, that she should ideally undertake optometric vision therapy to offset the drift of her right eye, she decided to try a change in her prism power first.  After experimenting with different configurations, we found the best comfort and balance by abandoning the yoked prism effect, and going with 1 prism diopter in the vertical direction and 1 prism diopter in the base-in direction.

As we continued to discuss the changes that Wendy was experiencing, she mentioned something striking that merits its own Part 2.

2 thoughts on “Wendy Part 1: The Woman Who Saw Too Much”