It’s one of the classic movie scenes of all time, pitting the security of one party in his experiences against the certainty of the other party in hers.  The scene was shot in Katz’s Delicatessen, New York’s lower East Side, a stone’s throw from the State University of New York’s College of Optometry. 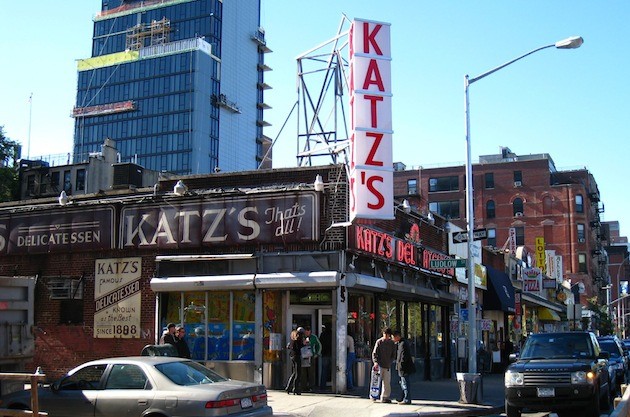 The year the movie When Harry Met Sally was released was 1989.  It was around the same time that a colleague and mentor, Dr. Marty Birnbaum, imported a colleague and mentor of his, Dr. Harry Wachs, to SUNY for a visitation with our VT Residents and Faculty.  As much as I thought I knew about Harry’s model of vision from his book, Thinking Goes to School, it was quite another thing to see Harry in action.

I’m not familiar with all of Harry Wachs’s acquaintances, so I can’t tell you if he ever met a Sally of significance, but I can tell you that he met a Serena of significance in the person of Serena Wieder, Ph.D.  A psychologist, Dr. Wieder is widely known for co-developing the DIR or floortime model of development with the pediatrician Stanley Greenspan.  They spearheaded a trans-disciplinary group, the ICDL, and you can see the influence that Drs. Wachs’s approach to visual spatial thinking had on Dr. Greenspan’s approach through transcripts of his radio broadcasts here.  Dr. Wieder has expanded her programs in partnering with Profectum. 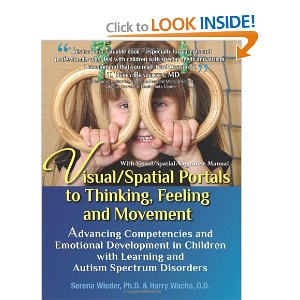 For many years I’ve been hoping that Harry would formulate his model of vision into a book that updated Thinking Goes to School, and with the arrival in the mail yesterday of his new book co-authored with Serena Wieder it’s fair to say, mission accomplished.  The opening pages describe how Dr. Wachs expanded on the work of pioneers such as Gesell, Getman, and Kephart to develop a hierarchy that was more coherent in terms of hierarchical stages of development that Piaget introduced.  It is worth noting that around the same time as Thinking Goes to School was published, Dr. Irwin Suchoff at SUNY published a monograph entitled Visual-spatial development in the child: An optometric theoretical and clinical approach.  The SUNY approach addressed development of the invariant, utilized the Piaget L/R Awareness Test and generally established a clinical paradigm modeled after the concepts introduced by Piaget and Inhelder.  Graham Peachey wrote elegantly about the incorporation of Piagetian Principles into optometric vision therapy in a classic article in Clinical & Experimental Optometry that was reprinted in the first year of JBO publication (see here).  This is not to diminish the significance of the contributions made by Dr. Wachs, but to lend historical perspective.

The collaboration by Wieder and Wachs that has resulted in this marvelous book is something special, and I find myself digesting it slowly each morning at Starbucks so that I can take in all the pearls.  I’ve already let our staff know that we’ll use the book as an opportunity to re-visit our concepts about vision, and will share further thoughts as we delve into it.  If any of you reading this have ordered the book and would like to share your thoughts and insights, we would enjoy hearing about your perspectives and experiences as well.

4 thoughts on “When Harry Met Serena”