A. D. Ruedemann, M.D. enjoyed an illustrious career as an ophthalmologist, spearheading the Department of Ophthalmology at The Cleveland Clinic in the 1920s, then founding the Kresge Eye Institute at Wayne State University College of Medicine in the 1940s.  Known to his colleagues as “Ruede”, he loved to debate and make clear to the audience his position on controversial subjects.  Ah, a man after my own heart!  Some years ago I recall my good colleague and friend, Dr Bob Sanet, mentioning a Chairman’s Address that Dr. Ruedemann presented before the Section on Ophthalmology of the American Medical Association in Chicago on June 12,1956.  The title of the presentation was Foveal Coordination and the Learning Process, which doesn’t do the contents of the address justice.  It was published in the Kresge Eye Institute Bulletin, Volume 8, Number 1, 1957, pages 4-10.  It seems fitting that Ruede’s middle name was Darwin, as this presentation is nothing less than an evolutionary insight into what ophthalmology once appreciated as the totality of the visual process but has long since abandoned.  Here are some key quotes from that presentation:

“It has been nearly two centuries since that charlatan Taylor started us off on the wrong foot, or perhaps the wrong eye, by cutting eye muscles.  Since that time ophthalmologists and the medical people interested in ocular motility have thus been muscle inclined.  This has been a serious handicap because it has led people away from the basic physiology in the mental process of seeing.”

“Seeing must be learned and the process must be developed by constant trial and error.  The grades of intelligence in sight are just the same as they are with intelligence in any other subject or any other process that we learn to do.  When we measure vision we obtain the present visual intelligence level of that individual.” 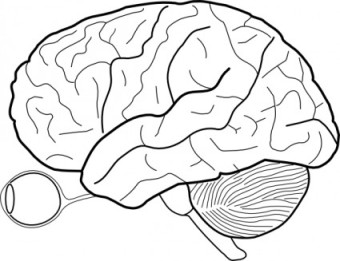 “The attempt to correct this faulty positioning of the foveas by way of the extraocular muscles leads to the many failures we have seen over the period of years, where only cosmetic results have been obtained and the individuals have been made more uncomfortable by trying to find a new position for their foveas.  Actually, it usually requires further teaching for the fovea, proper correction of the mechanical defect underlying it and sometimes an interruption of the faulty eye-brain pattern already established.”

“The anatomical changes that we find in the eye muscles are minimal and only in rare instances are they of any importance in the total picture.  Most of these patients have learned to coordinate their eyes incorrectly and they are just as deficient in their incorrectness as they should have been in the correct method of using them and unless the correct method is taught to them, one cannot effect a cure”.

“Again I will state that muscle surgery is not the answer.  We have demonstrated this to our own satisfaction when we raised our end results from a low percentage of 18 per cent success to one of over 70 per cent in the overall picture of functional results.”

“This entire process commences with the proper laying down of the grey matter of the brain, the early stimulation of the fovea, and the early visual requirements with stress on accommodation and the lens, and the need for the development of the proper extraocular muscles, neck and back muscles so that the eyes can be maintained with the exactness that is required for the business of walking, living, and seeing.  There is no other special sense as important in the entire living process as that of proper sight.  The responsibilty belongs to the medical ophthalmologist and we cannot shirk our duty.”

In the year 2012, fifty-six years after he gave this presentation admonishing his colleagues, were Dr. Ruedemann to return to the podium he would likely chastise his fellow physicians for shirking their duty.  Nature abhors a vacuum, and developmental optometrists have stepped in to provide the care that he rued might be lost.   Some ophthalmologisgts still have trouble accepting that fact; it is a Ruede re-awakening.

5 thoughts on “A Ruede Re-Awakening”