Photodocumentation of Non-Surgical Treatment of Strabismus

LN is an adorable 2 year-old who I first saw last November after his mom had attended a seminar I gave about visual processing.  She came up to me during our lunch break and asked if we could chat about her son.  As an occupational therapist she found it difficult comprehend why the pediatric ophthalmologists to whom she’d been taking her son did not share her concerns.  When I saw LN for the first time had a large angle left eye esotropia with a preference for fixating with the right eye, evident in the picture here.  He had undergone periods of occluding one eye and then the other to counteract amblyopia, but all this seemed to do was to make his nystagmus worse, and was therefore discontinued.  (There is no history of strabismus surgery or other binocular treatment, and I have elaborated on his history below in the “Comments”  section.)  Mother realized it was time to get a therapeutic opinion.

There is a good reason why LN turns his head to the left, because he has a left lateral rectus paresis.  Unable to even get the left eye to the midline, looking outward with that eye seemed impossible.  However LN still managed to use the left eye well enough to prevent amblyopia from developing.  This is because of a special condition known as cross-fixation.

Cross-fixating occurs in esotropia, where the right eye is used to look toward stimuli in the left visual field, and the left eye is used to look toward stimuli in the right visual field.  LN was only able to abduct the right eye slightly past the midline, and the left eye not at all. The way we counteract cross-fixation is to apply binasal occlusion to a pair of spectacle lenses, in this instance with no prescriptive power.  We do this by placing a strip of translucent tape of the inner half of the lens – from the center of the child’s pupil to the nasal corner of the lens.  Now the left field is inaccessible to the right eye, and the right field is inaccessible to the left eye.

With the binasal tapes in place, and mother restraining LN’s head from behind, he is now able to move the left eye outward past the midline, and no longer has nystagmoid movement on lateral gaze. 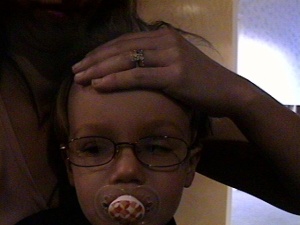 The same holds true when LN looks rightward, able to abduct his right eye outward as mother lightly restrains his head from turning in that direction. 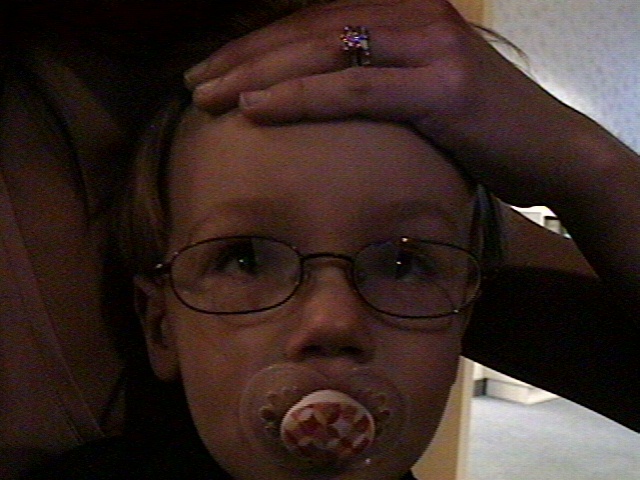 What is most encouraging is that LN is now able to exhibit periods of eyes aligned with this binasal occlusion in place with his head in the straight-ahead position.  As long as he continues to develop increasingly longer periods of alignment, there is no need to consider any further surgery, which is all the pediatric ophthalmologists had offered to LN’s parents.

On his most recent visit to me, LN’s mother told me that he loves playing games on her iPad.  We’ve therefore moved toward using the iPad as one of his vision therapy activities, and he is beginning to be able to hold his head straight some of the time without any lenses in place.  At other times, his mother has him working on the iPad with red/green filters taped over his binasal spectacles, and a red or green filter on the iPad screen.  So far, so good!

33 thoughts on “Photodocumentation of Non-Surgical Treatment of Strabismus”