A new visual syndrome – BAOD…it’s more than a feeling 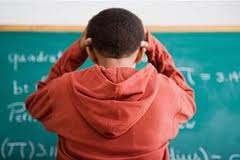 A child who struggles to keep up in school will often exhibit a variety of behaviors that interfere with performance.  These may manifest as poor attention, lack of concentration, acting out, anxiety, low self esteem and withdrawl.  One common approach to try and help the child is to to treat the behavior problem through doctor prescribed attention or mood enhancing medications. But too often the actual cause of the problem is more than a feeling…

In the field of developmental optometry  a set of concurrent disorders indicating the presence of a visual syndrome is emerging. This syndrome typically presents as a dysfunction involving, at a minimum, 3 components of ocular coordination. The 3 areas of visual skill dysfunction typically include Binocular  (eye teaming) control, Accommodation (eye focusing) control and Oculomotor (eye tracking) control. The BAOD Syndrome represents a disorder of these three systems (Binocular- Accommodative- Oculomotor).

BAOD affects a  high percentage of children and adults and is often found with the following symptoms:

To help doctors, therapists and the public at large to gain a better understanding for BAOD, the following powerpoint presentation was developed for The VisionHelp Blog. It’s more than a feeling…